Even though Los Angeles’ population is 48.5% Hispanic or Latino, UCLA fails to reflect this and is 18% Hispanic/Latino. However, recent efforts by UCLA to become a Hispanic-Serving Institution may change that. Having a greater Latino population would make it so that UCLA better reflects the demographics of the surrounding Los Angeles community.

“UCLA is in the middle of Los Angeles, so it makes sense for it to reflect the actual demographics of LA, which it doesn’t right now,” said Sam Mazariegos, a third-year human biology and society student.

On Dec. 20, Chancellor Gene Block announced that UCLA planned to become an HSI by 2025. This designation would be given by the U.S. Department of Education if UCLA’s student population comprised at least 25% Latino students and would be accompanied by a range of new grants from the federal government that UCLA could qualify for. In his announcement, Block noted that these new grant qualifications could assist in strengthening education programs and benefiting Latino students at UCLA.

Block’s letter to the community on Dec. 7 said, “research has shown that HSI designation strengthens interracial relations among all students, improves academic performance and attendance of students of color, and increases their likelihood of graduation.” Currently, the graduation rate of Latino students at UCLA is 86.78% and the average for all students is 91.5%.

“I always felt kind of out of place in the student body because I didn’t see a lot of Latinx students in my classes and in my own major,” said Yesenia Flores, a second-year art student who is Mexican American.

In this article, The Stack looks into UCLA’s goal to become an HSI, how UCLA stacks up against other UC schools with HSI designations and if graduation rates for Latino students improve with an HSI designation. We also take a look at the grant allocations for HSIs and how much grant funding UCLA may receive from an HSI status.

The Story in Graduation Rates

With an HSI designation, many are hoping that UCLA will not just admit students but also help them thrive. After hearing about UCLA’s goals to become an HSI by 2025, Mazariegos hoped the school might be able to have more cultural competency, accessibility and more resources to help Latino students succeed at UCLA.

“It’s a good step forward, but I just hope that they actually follow through with it and start giving resources to the Latinos on campus to get to graduation and to be successful,” said Mazariegos.

Graduation rates are one marker of how well a school supports students beyond admissions.

Sylvia Hurtado, a professor of education, said UCLA must have programming to address student completion so that every student admitted graduates.

The dotted lines show the average graduation rate for Latino students for each school from 2011-2019.

One major aspect of an HSI designation is being qualified for a large range of grants that are to be used “to expand educational opportunities for, and improve the attainment of, Hispanic students,” according to Block’s Dec. 7 message about UCLA’s HSI goal.

The graphs below show the amount of grant money that each campus in the UC system received per student each year. Most grants reliant on HSI designation come from federal sources. There does not appear to be a large immediate correlation between reaching HSI designation and receiving a large increase in funding even when only federal grants are considered.

“That’s a lot of money focused on programming to all support student success,” Hurtado said regarding UC Santa Cruz’s receiving more than $10 million in grants since becoming an HSI in 2012.

Mazariegos says she hopes more grant funding will lead to better and more accessible programs from the administration, noting that while resources are there, they’re often hard to find.

“Latino students have a good amount of resources to go to, but a lot of them are student led. So it doesn’t feel like the administration is really playing a big role in them or even funding them as much as they should,” Mazariegos said.

Because an HSI designation allows colleges and universities to apply for a variety of grants, there is a greater potential for funding.

“We could get many, many, many millions of dollars once we reach that designation,” said Alfred Herrera, assistant vice provost for academic partnerships at UCLA.

In his announcement, Block said UCLA will use grant money to strengthen educational programs and support Latino communities.

Hurtado said this money could be used for faculty development, developing active learning classrooms and pipeline programs to encourage students from high schools and community colleges.

Projected Growth Rate of the Hispanic Student Population at UCLA

The graphs below show UCLA’s historic growth in its Latino student population and a projection if the growth rate remains constant. The trendline is computed using a linear least squares regression model. The projection is a continuation of this model if the rate remains constant. The threshold line is at 25%, which is the required percentage of Latino students to qualify for the HSI designation. The graph on the left looks solely at undergraduate data while the graph on the right looks at total student population. The threshold only applies to undergraduate enrollment.

Hurtado said that 2025 was a good goal for UCLA. Hurtado added that in order to achieve the goal, UCLA needs more focus on freshman and transfer admissions and making sure that UCLA is improving in terms of admission and completion.

“The only colleges I ever saw reaching out to my high school were community colleges,” said Flores, who attended a predominantly Latinx high school. “I think UCs are always scary, especially if you come from a high school where you’re like, ‘Oh, only three people got admitted last year.’ It’s really discouraging. So I think that in that sense, (UC schools) haven’t done a good job at presenting themselves as an option for those students.”

Hurtado and Herrera both said that the HSI goal is student-focused.

“All students do well at HSIs – it’s not just Latino students,” said Herrera.

There is optimism and excitement in regards to increased diversity but also uncertainty about UCLA’s commitment to providing all the resources to truly assist the Latino student community.

“I hope that they don’t forget that we’re not just tokens for them and that they actually give us what we deserve,” Mazariegos said.

The data for the grant money is from the University of California Sponsors website, and were downloaded directly from the webpage. All grant data is in UC fiscal years. All numbers were divided by the number of total students at each campus as found from the fall enrollment data on the University of California website. All data for graduation rates is from the National Center for Education Statistics’s Integrated Postsecondary Education Data System. 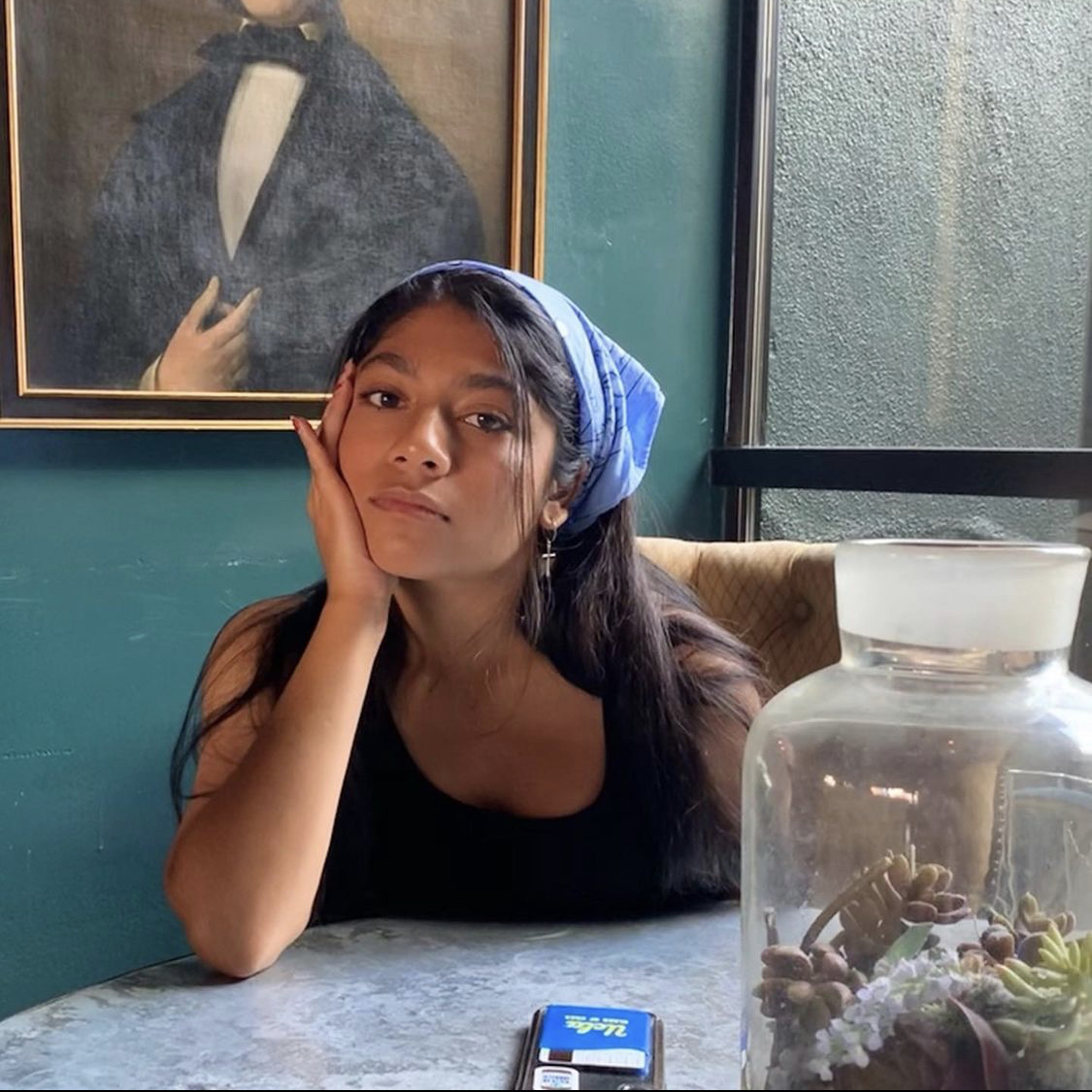 Priya is a second-year applied mathematics students with a minor in public affairs and film. 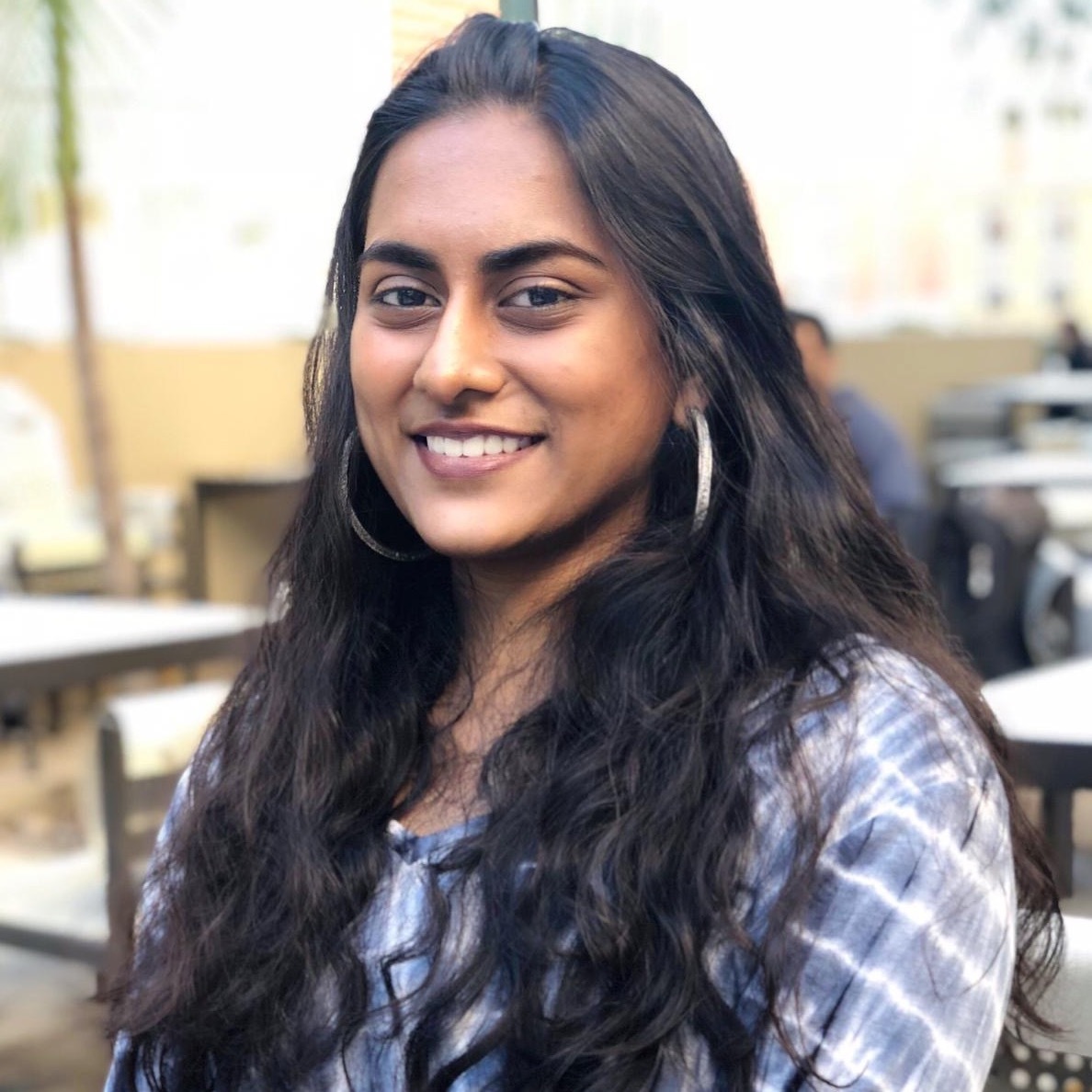 Mansa is a third-year applied mathematics with a specialization in computing student, who is also minoring in history. She is a coffee-for-breakfast advocate with a deep, abiding love for historical fiction. 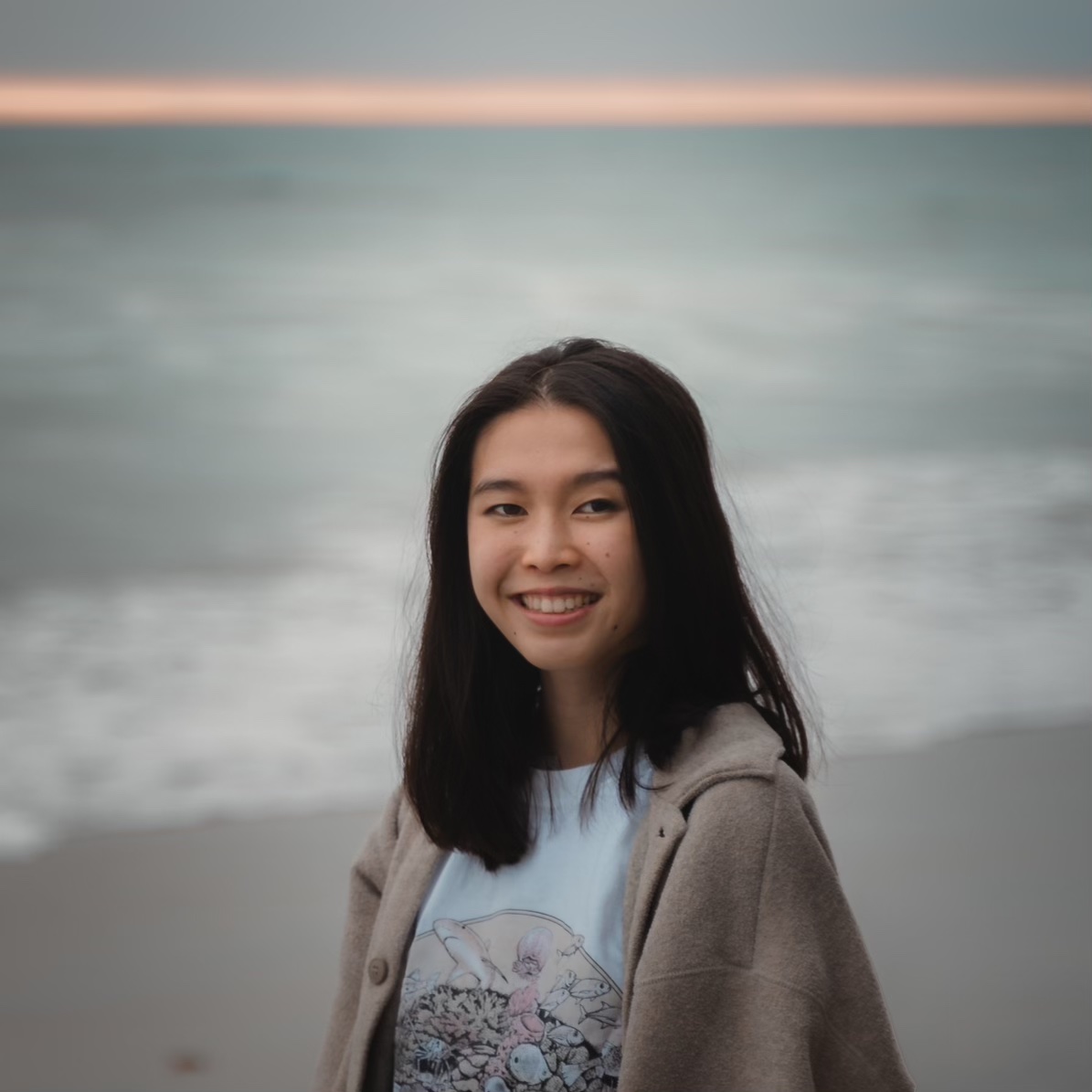 Samantha Low is a first-year environmental science major who enjoys hiking, exploring new places and taking pictures of food in her free time. 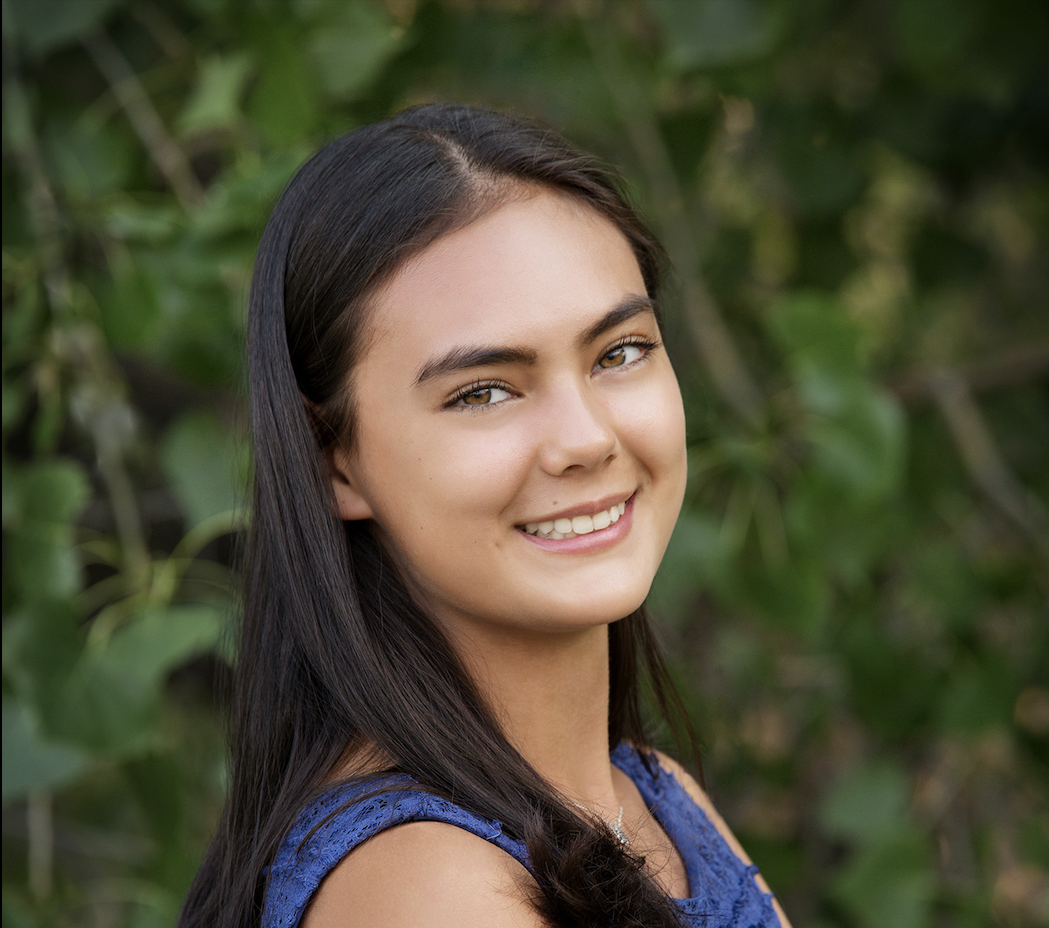 Lindsey is a second-year financial and actuarial mathematics student. She enjoys running, spending time with her dog and looking to expand her hippo memorabilia collection.