The safety score sums up a total of 28 individual scores to create an overall letter grade. Ronald Reagan received an F in 2012 and a C in 2014.

I decided to make a visualization using complex radar charts to more easily understand the scores behind the hospital’s current C rating.

Radar charts generally have less than ten fields to maintain simplicity and keep the generated shapes from getting out of hand. I took a risk and made charts by parsing the 28 fields with import.io and using a modified version of alangrafu’s d3 radar charts.

My intention is that, even though at first these shapes may mean very little to you, after you work with them below and compare various shapes to each other, the shapes will mean much more than just a letter grade.

Hover over each point in the radar chart below to see the field associated with it and info about scores. Hovering over points also highlights the shape and hospital associated with the point.

Click on a point to see a breakdown of its specific field across several hospitals. Different colored shapes represent different hospitals as described in the legend.

The first simple point to note when you’re looking at these: the more of the circle a shape takes up, the safer the hospital.

UCLA Medical Center, Santa Monica – an A hospital – does have some scores that are lower than Ronald Reagan but its worst scores barely dip below the halfway point. Interestingly, Davis – also an A hospital – has a few more fields close to center but it seems like the scoring methodology kept them from dropping its grade.

Most of our data came from the Hospital Safety Score provided by the non-profit Leapfrog Group.

Here is a Google spreadsheet of the data we used.

From the about page on hospitalsafetyscore.org:

Hospital Safety Scores are assigned to more than 2,500 hospitals across the nation twice annually. The Hospital Safety Score is becoming the gold standard measure of patient safety, cited recently in MSNBC, The New York Times, and AARP The Magazine.

The Hospital Safety Score uses national performance measures from the Leapfrog Hospital Survey, the Agency for Healthcare Research and Quality (AHRQ), the Centers for Disease Control and Prevention (CDC), the Centers for Medicare and Medicaid Services (CMS), and the American Hospital Association’s Annual Survey and Health Information Technology Supplement.

Taken together, those performance measures produce a single score representing a hospital’s overall performance in keeping patients safe from preventable harm and medical errors. The Hospital Safety Score includes 28 measures, all currently in use by national measurement and reporting programs. The Hospital Safety Score methodology has been peer reviewed and published in the Journal of Patient Safety. 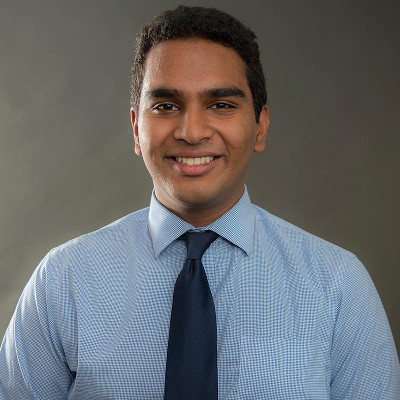 Neil is the creator of The Stack and was the data editor in 2014-2015. He was also a Daily Bruin Photo editor and a member of the Editorial Board. He currently works as an analyst at JPMorgan. He loves journalism, creating data visualizations, reminding people of their own mortality and a good beard.